What a difference a week makes!

May as well get the really cool thing out of the way first. We mentioned having sync last week. Now, however, we also have a “Master Server” that all our test builds are set to talk to. So any test build that is opened by anyone on the internet will connect to that server and everyone connected can see everyone else!

We also have a Steam AppID, which means that once we have the game in a state we consider “playable” we’ll be able to distribute the tech demo on Steam for all supported platforms.

Well, we still don’t have a damage model yet, or collision detection, or a way to sync the “world map”, but once we have those we’ll consider the “tech demo” ready for a general release and you’ll all get to give it a try in one big deathmatch.

🐰 The Rabbit has also produced a cool piece of ship design concept art. This will hopefully be the first Ship in the game. 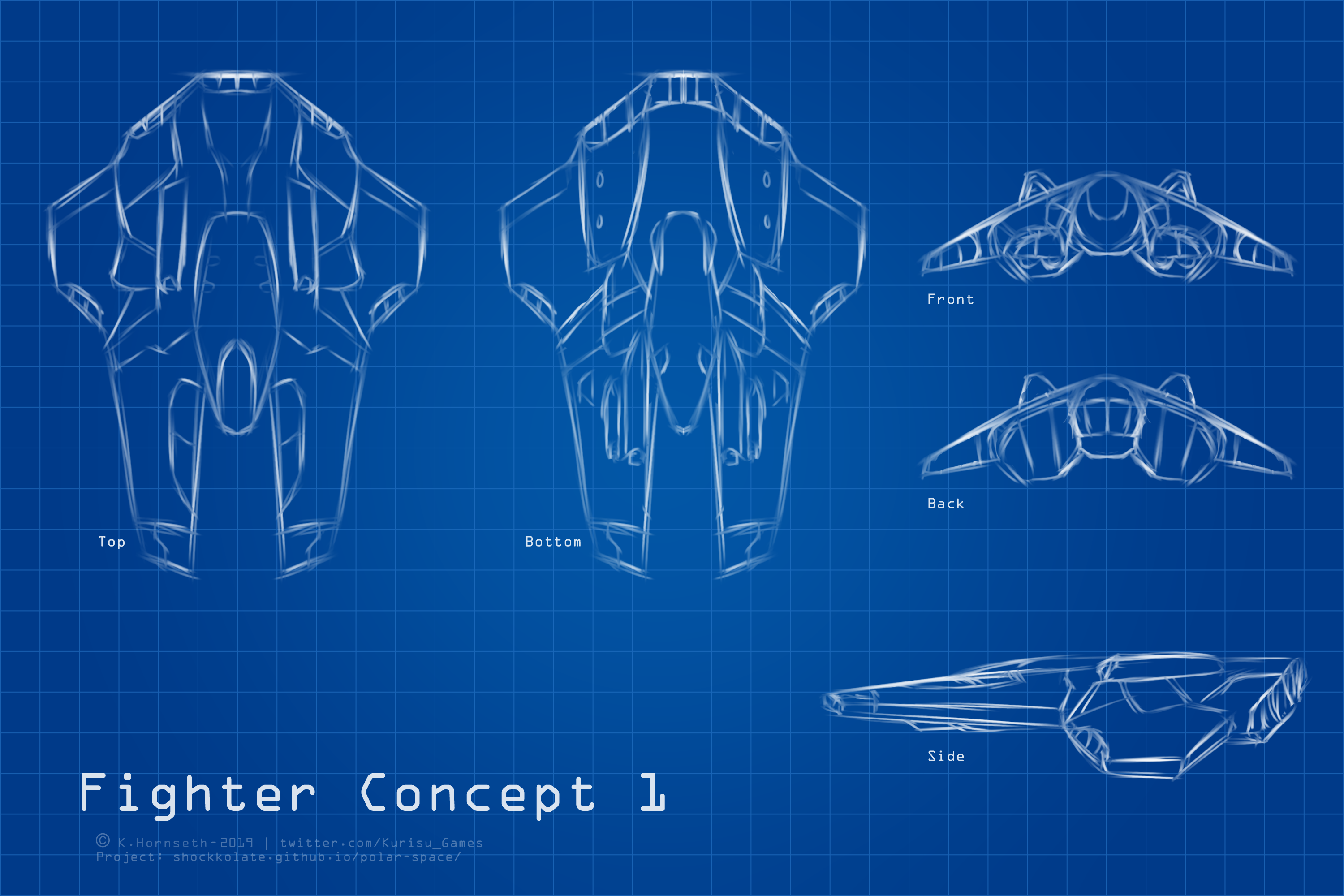 We hope to have a prototype model of this in the first tech demo release.

When and where are you releasing?

“When it’s ready” is the best estimate I can give you. I’d love to put a solid date on it, but that puts us under a lot of strain to get something out for a deadline, and we want to get things done right, not fast.

.
On release and during development Spacegame will be available on Steam through the “Early Access” programme and we hope to have Windows, MacOS and Linux builds available.

Price wise, we have not 100% decided what our final release price will be, but the game will be heavily discounted during testing phases.
(For example, $5 for the Techdemo, $10 in Alpha, $15 in Beta, etc).

Hopefully we’ll have more things to show you during the week. If not, we’ll see you next week!
-🦊 The Fox, Project Manager