Welcome back to another Corporeality weekly update!

This week, things have still been going a little slowly as we find our feet in Unreal Engine, but we’ve decided now to move on to building the game idea we mentioned last week.

Our plan for the immediate future is to build a breakout-style game in Unreal Engine. We’ve already done some of the groundwork for this now, although we don’t have screenshots or a demo to share at this time.

We feel really strongly about stylizing this game heavily around synthwave (graphics, music, etc) and we feel like we can take the base game idea of breakout and turn it into something really enjoyable to play.

As I mentioned, we’re doing this entirely in Unreal Engine so this is going to be a huge learning curve for us. We’ve already learned some stuff about how physics and collisions work in Unreal, as well as interesting details about pawns, player controllers, and cameras.

The plan moving forward will be to put all of our effort into learning Unreal in order to create our breakout game, as this is going to act as a huge learning experience in preparation for when we resume work on Corporeality itself.

Although Corporeality itself has taken more of a backseat lately, we wanted to share a quick in-engine render from Unreal to show off what we’ll be able to do. Take a look! 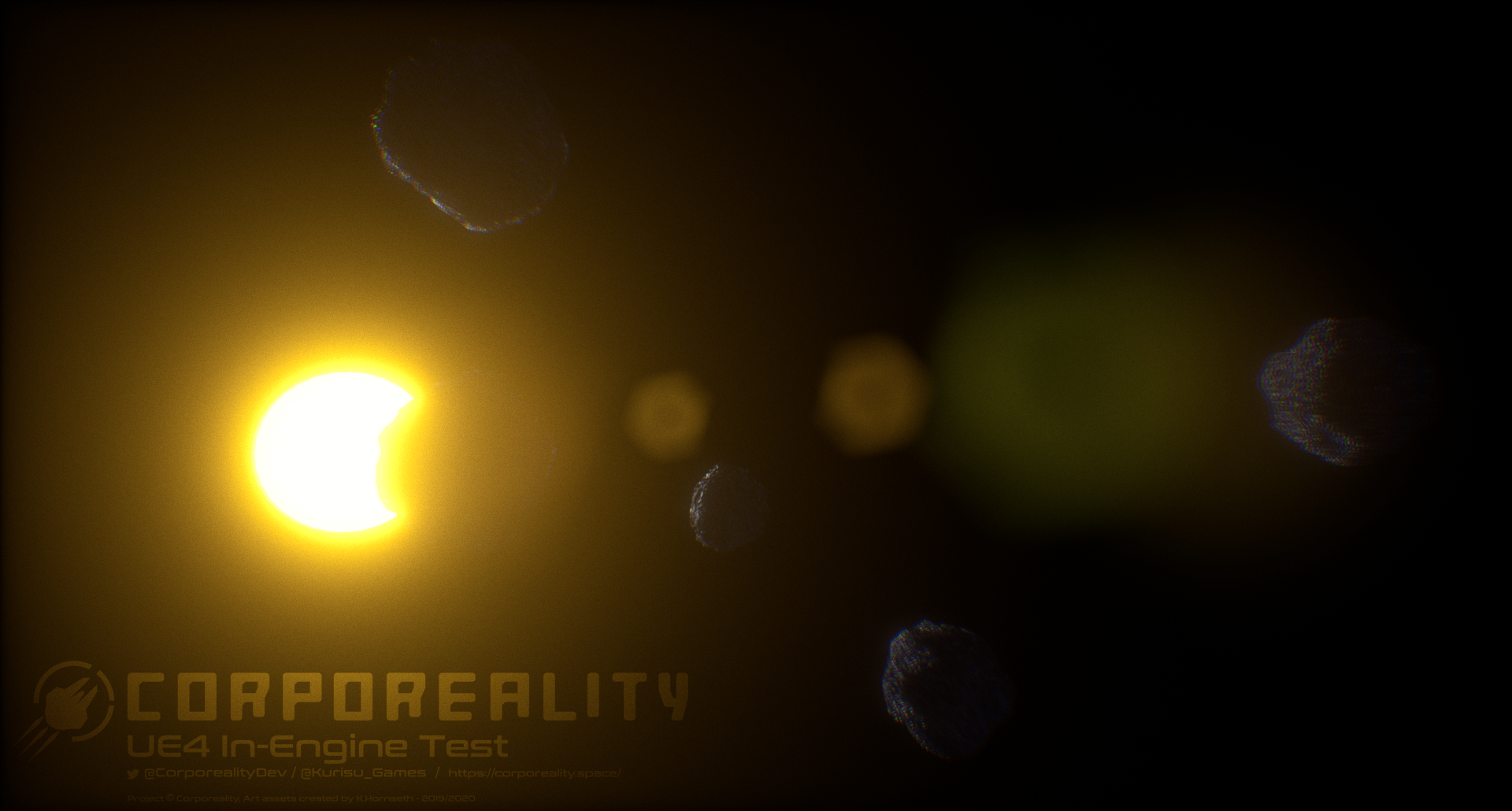 We’re hoping to finish implementing the core breakout mechanics soon, and at that point we should be able to share a video demonstrating all of this. After that, we’ll begin shaping the game experience towards what we’re hoping for, as well as work on the graphics, music, and overall polish of the game.

Thanks for continuing to stick with us, and, until next time, หวัดดี!